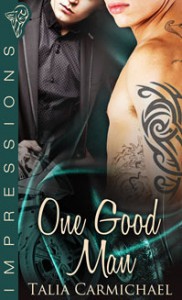 This was a really good read in the beginning. I found myself wanting the MC's to get together. All that changed closer to the end. The ending was so abrupt. Most people will know I don't really care so much about abrupt endings if a book is great. I have read several books where the ending might seem abrupt to most. But this book ended at 85% by my kindle app standards. Now, I'm not one to moan or complain about that... It has happened to me before, but Jesus Christ, the way it ended had me wondering why I bothered.

Saying that, the story was amazing for a while. It had enough sexual tension and a sweetheart character. The fight that lead to the ending, however, was just... Gah! I even loved Mace's mum. But Mace ended up pissing me off and I felt really bad for Gabe. He was just a giant teddy bear - which I find so cute - and didn't deserve what Mace said to him. As a couple, they were genuinely nice until the argument. I was disappointed because rooting for them was hard for me. But I was glad Gabe got his man and a happy ending.

I'm a fan of Talia Carmichael. I've read the other books in the series, and I love her characters. She has a real talent for making so many gay characters in a town. It's kind of what I expect from her books. And Impressions is a series I normally find really funny and light. Book's 2 & 3 are just amazing and hilarious. I cannot say the same for this book.

I can recommend this book to fans of the author. Can't promise you will love it. But if you are a fan of her writing or characters or maybe this series, you should get something out of it. I'll read the next book in the series, and hope it appeals to me more than this one did.
Tweet